That’s the bottom line from today’s ribbon-cutting ceremony for Blue Origin’s new headquarters building — a multimillion-dollar facility across the street from the site of its original HQ and New Shepard suborbital spaceship factory in Kent.

“We’ve grown a third in just the past year,” Smith said during an interview on the mezzanine of the U-shaped building. “So we’re now north of 2,500 people here.”

The new structure, built on a 30.7-acre site that the company purchased a little more than two years ago for $14 million, is built to accommodate 1,500 of those employees. Hundreds more are based elsewhere in the Kent area, south of Seattle, as well as at Blue Origin’s suborbital launch site in West Texas, the Florida rocket factory where Blue Origin’s New Glenn orbital-class rocket will be assembled, and at the site of its future BE-4 rocket engine factory in Alabama.

The mission that faced the construction team, headed by general contractor Sierra Construction, was to create an innovative, interesting facility that’s on brand for the company that Bezos founded back in the year 2000. And to do it quickly.

Smith said the builders succeeded. Construction started last January, and the project was finished in time to start moving in employees last month (and serve as the venue for Blue Origin’s annual holiday party).

A mockup of Blue Origin’s Blue Moon lunar lander, placed in a wide-open gathering space just beyond the lobby, serves as the building’s centerpiece — within sight of the employee lounge and kitchen facilities. An enclosed conference room on the mezzanine has a big picture window that looks down at Blue Moon. Workstations are placed in clusters beneath the hangar-style sloped roof in one of the block-long arms of the building’s “U.”

The new HQ has been dubbed the O’Neill Building — in honor of Princeton physicist Gerard O’Neill, whose vision of giant space colonies inspired Bezos’ oft-mentioned dream of having “millions of people living and working in space.”

As part of the transition, the old HQ was named as well. It’s now known as the Verne Building, in a nod to the Jules Verne-style rocket that graces its lobby. 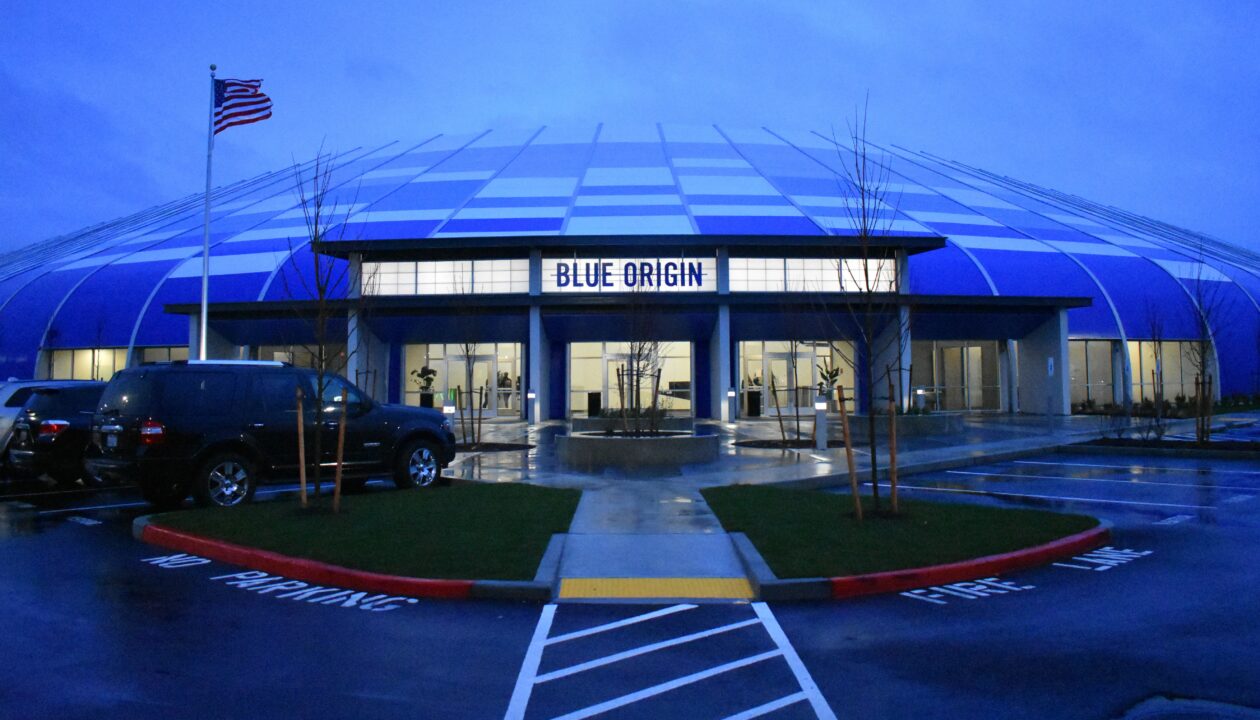 Smith said the O’Neill Building’s employees will be working on Blue Moon and New Glenn, among other projects. “We try to co-locate a lot of our employees working on the same things,” he said. “We have some of the New Glenn team that will be over here, but we can’t fit ’em all.”

Fortunately, Blue Origin was able to fit scores of VIPs, and hundreds of watching employees, into the Blue Moon gathering space for today’s official ceremonies. Smith played up the local angle in his opening remarks, saying that Blue Origin will be pursuing its space program “from a headquarters, and a population, that is actually based here in Kent.”

A trio of House Democrats from Washington state also took their turns at the microphone. U.S. Rep. Derek Kilmer said he was “super-geeked to be here” and talked up Blue Origin’s contribution to international competitiveness in aerospace. Rep. Adam Smith, chairman of the House Armed Services Committee, also took note of commercial competition in the space industry, “which is something we need.”

U.S. Rep. Denny Heck emphasized the long view, gesturing to the lunar lander mockup behind him as he spoke.

After the speeches, it was time for the ribbon-cutting ceremony, conducted just outside the entryway with rain dripping off the eaves. Actually, make that “ceremonies”: Smith wielded the giant scissors twice — first for the benefit of the elected officials, then with a fresh ribbon for the project’s contractors.

Bill Ellis, chief economic development officer for the City of Kent, said he expects Blue Origin and the O’Neill Building to add to a regional space heritage that goes back to the Apollo era. In March, Kent officials will seek to have the Boeing-built Apollo lunar rovers placed on Washington state’s register of historic places.

Citing the roles played by Boeing as well as Blue Origin, Ellis argued that the Kent Valley merits a place in space history alongside Florida’s Space Coast. “In the movies, that’s where NASA has the launches,” he said. “But all of the intellectual property — all that happened here.” 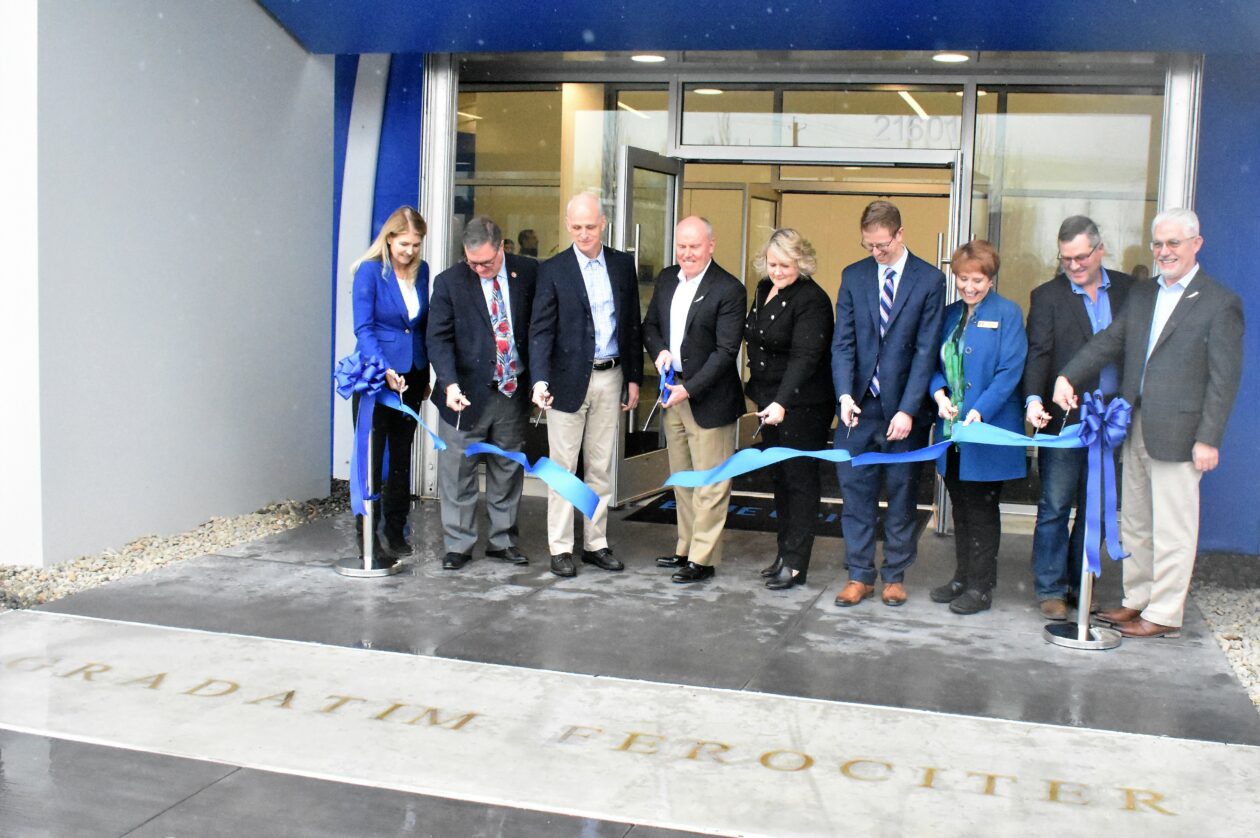